None of Redpoint Investment Pty Ltd ACN 152 313 758 AFSL 411671 (“Redpoint”), GSFM Pty Ltd ABN 14 125 715 004 AFS Licence No. 317587 and its subsidiary companies, or their officers, employees or agents guarantees the performance of any product identified in this web-site and expressly disclaim any liability for any loss or damage of any kind (including indirect or consequential losses) arising in connection with the information in this presentation or reliance on anything contained in or omitted from it. Before making an investment decision, you should obtain a copy of any relevant offer documentation of the investment and seek your own professional advice.

This web-site does not purport to contain all information necessary to make an investment decision, is not intended as investment or financial advice (nor tax, accounting or legal advice), must not be relied upon as such and does not and will not form any part of any contract or commitment for the acquisition of securities in any named investments.

The Future of Listed Infrastructure 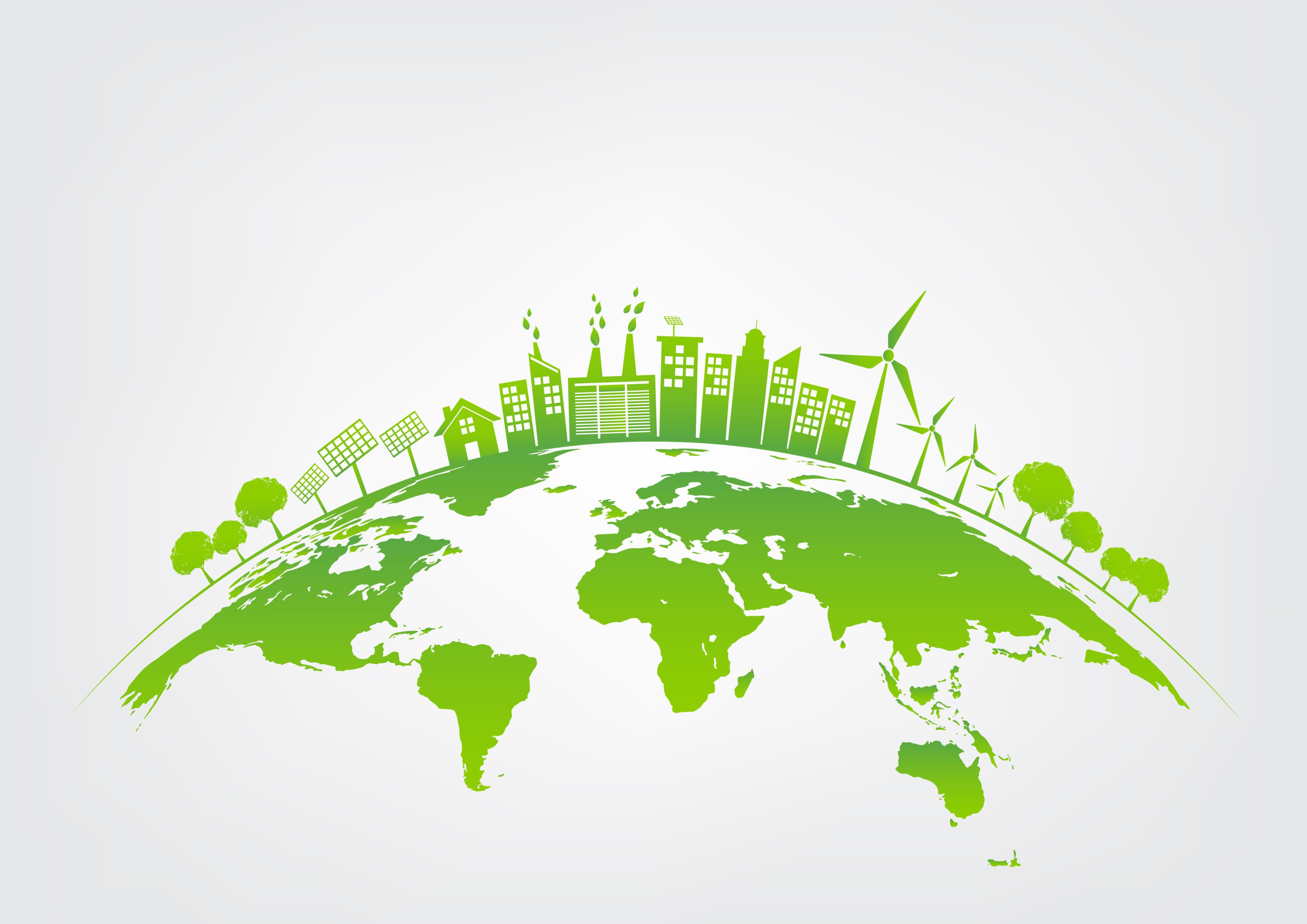 Investment benchmarks reflect economies as they stand today, however benchmarks as well as portfolios need to reflect the immense changes that the renewable energy transition will bring to listed infrastructure.

This article was originally published on 13-iinvest.com by Wouter Klijn on 20th April 2022

The most commonly used listed infrastructure benchmarks can differ quite substantially from each other, particularly in sector allocation, but they all share one critical flaw: they reflect economies as they stand today and do not anticipate change. But the future of infrastructure is likely to look very different, Redpoint says.

Indices often provide a good anchor point for determining a strategy’s investment universe from which investors can then narrow down their investment candidates.

But indices can differ quite markedly in their make-up, as is the case in listed infrastructure.

Which benchmark an investor chooses has, therefore, a rather large impact on their investment outcome.

But what is perhaps more worrying are the omissions from the benchmark, says Ganesh Suntharam, Chief Investment Officer of Redpoint Investment Management.

Suntharam initially opted for the FTSE index as the reporting benchmark for Redpoint’s strategy, but noticed it had a rather underwhelming allocation to renewables. In fact, there was only one company Redpoint considered a true renewable investment: NextEra Energy.

“We saw these renewables become an important aspect [of the infrastructure sector], but when we looked within the index that we were tracking, we saw there was a single stock in that index that represented the entire sub-asset class,” Suntharam says in an interview with [i3] Insights.

“When you look at that index you say: ‘Well, this index represents where the economy is today, but the outcome that we’re looking for, from an environmental perspective, looks quite different to that.’

“That index is not representative of the economy that you need in the future. I think that’s the dilemma.”

Suntharam found the lack of renewables was not just restricted to the FTSE index and decided to build his own sub-asset class, utilities – renewables, to supplement the FTSE index.

“There is only one renewable asset in the infrastructure index, but in the future there is going to be a lot more, so how do you want to position for that? You need to think about what else you need in your exposure for listed infrastructure and then build that into your portfolios,” he says.

Redpoint does not use the FTSE index as the investment benchmark for its strategy, but instead has created a strategic reference portfolio that gives a better view of the risk the team takes in its investment decisions.

But the fund’s initial benchmark has gained renewed relevance as the Australian Prudential Regulation Authority has chosen a 100 per cent hedged, net-of-tax version of the FTSE Developed Core Infrastructure Index as the benchmark for Australian and international listed infrastructure allocations in its performance test.

Although the performance test has brought tracking error into a renewed spotlight, Suntharam believes adding renewables to the portfolio still makes good sense.

“This is an opportunity to deviate away from the benchmark without taking huge amounts of risk. It is about taking targeted risk that you know has the potential for longer-term returns,” he says.

The opportunities Redpoint has identified in renewables are large enough to build a diversified exposure from, he says.

“We have actually found over 80 renewable assets and this is enough to run a stand-alone institutional portfolio with a diversified exposure to the renewable asset sub-asset class covering wind, solar, hydro, geothermal and biomass,” he says.

“Is it enough to supply the world with energy? Probably not, but is it enough to invest in and hopefully see those assets grow? I think the answer to that is ‘yes’.”

Technologies of the Future

Wind and solar might be two renewable energy sources investors are familiar with and even comfortable with, but as institutional investors are starting to incorporate net zero targets into their investment objectives, there is a greater need for a broader approach to infrastructure.

The holy grail of climate mitigation strategies is carbon abatement, where companies not just aim for low-carbon operations, but target a carbon-negative approach. And although this is still a relatively young field of development, progress is being made in negative-carbon technologies. Some of these are found in rather unexpected places, Suntharam says.

“We have made an investment in this space about seven months ago in a company called Drax, based in London, which was an existing coal-fired plant that is now using biomass pellets and carbon-capture technology to capture and store emissions,” he says.

“They have access to underground storage, as well as underwater storage.”

Although this investment initially came part and parcel with a coal-fired power plant, the carbon-capture program will ultimately see the company phase out fossil fuels and achieve a negative emission position.

Drax is aiming to be a carbon-negative company by 2030. Already, it has achieved a 74 per cent reduction in carbon intensity of power generation since 2017.

The company has achieved this through not only its carbon storage abilities, but also by moving away from coal and towards biomass as a fuel. In January last year, it also sold its gas power stations.

The Drax Power Station now claims to be the largest single-site generator of renewable power in the United Kingdom.

“They’ve effectively shut down the coal plant in order to create this technology, which will be biomass going forward, with the carbon capture of the biomass emissions stored into underwater and underground sites,” Suntharam says.

“So the fossil fuel side of that generator has mostly been wound down, which is why we found this company through our work on renewables.”

Traditionally, carbon storage has been limited to forestry-type solutions, which tended to be held in private hands. But increasingly more technologies are being developed, although the different technologies are at various points in their evolution cycle.

“There are a number of growing technologies, for example, we have seen some on the regenerative farming side of things, but I think those are relatively early-stage,” Suntharam says.

Dr Alan Finkel, who until 2020 was Australia’s Chief Scientist and the Federal Government’s Special Adviser on Low Emissions Technology, has been vocal about the opportunities in relation to hydrogen fuels.

Rather than investors using divestment from fossil fuels as a key strategy, Finkel has called for investments into the development of a hydrogen industry in Australia.

“Hydrogen is an extraordinary export opportunity. It’s the opportunity to take renewable energy generated or captured in one continent and send it around the world to other continents to countries that don’t have enough of their own,” he said at a forum organised by Commonwealth Bank of Australia last year.

Suntharam agrees with Finkel up to a certain point, but says it can’t be a solution to all power problems.

“I do agree with Alan Finkel in terms of hydrogen being a long-term energy solution, but I also believe that it is better for certain applications,” he says.

“Where we can apply it best is in heavy transport. There you will see that particular solution dominate, including in cargo freight, road freight and shipping, because you will need a fuel source that effectively takes the form of a giant battery, which is what hydrogen fuel cells essentially provide.”

However, hydrogen fuel for regular passenger cars seems somewhat impractical, especially considering the fact this would need a massive overhaul of the existing infrastructure.

“When you think about the commuter side of transport, we already have electric vehicles today, which are sufficient. It will evolve and get better, but you already have the wires in place that provide the electricity,” Suntharam says.

“What you need there is a move to renewable energy. The commuter transport space is really about the electrification of the grid and making sure that there are enough charging stations for that solution to be effective.

“So I think there is not going to be a single solution; it will be a multitude of solutions for different purposes and we need investment pretty much across the spectrum.”

This article is sponsored by Redpoint Investment Management. As such, the sponsor may suggest topics for consideration, but the Investment Innovation Institute [i3] will have final control over the content.

[i3] Insights is the official educational bulletin of the Investment Innovation Institute [i3]. It covers major trends and innovations in institutional investing, providing independent and thought-provoking content about pension funds, insurance companies and sovereign wealth funds across the globe.

​IMPORTANT NOTICE
This document has been prepared by Redpoint Investment Management Pty Ltd (ABN 83 152 313 758, AFSL 411671) (Redpoint), the investment manager of the Strategy, in good faith (where applicable) using information from sources believed to be reliable and accurate and based on information that are correct and estimates, opinions, conclusions or recommendations that are reasonably held or made as at the time of preparation. All information is to be treated as confidential and may not be reproduced or redistributed in whole or in part in any manner without the prior written consent of Redpoint. GSFM Pty Limited (ABN 14 125 715 004, AFSL 321517) (GSFM), is an associate of Redpoint and is the distributor of the Strategy.

The information contained in this document constitutes general financial product advice only. It is intended for use by wholesale clients only and must not be made available to any retail client. This document is not intended for public use or distribution other than to the recipient of the document. This information is general in nature and does not take account of individual objectives, financial situation or needs. Before deciding to invest, investors should obtain independent financial advice.